You see as far as millennials go, we essentially fall into two opposing categories: Lebron fans and Lebron haters.

To be a fan of the King truthfully is to be a bit more logical and realistic. It’s the appreciation of personified greatness on the basketball court. These are the kids and young adults who hung tight to their hero even during the villainous years in South Beach. The people with the “We Are All Witnesses” T-Shirts. And those who through chalk dust in the air after solving a math problem in high school (a la Lebron’s pregame routine). To be a Lebron fan, truthfully has always meant being a far less cynical fan, realizing that before our eyes a kid from Akron blossomed into the single greatest Big 4 athlete of the 21st Century. 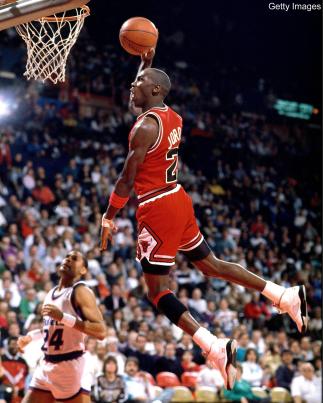 I always fell into the latter category however, and proudly so. As one of those kids who caught the tail end of the Jordan years, my view of his Airness was shrouded in mysticism and legend. As a result, I never truly gave Lebron James a fair chance. I hovered the 6 rings over his fans in any argument, and bashed his move to Miami with the typical “Jordan didn’t need to leave Chicago”. Even when the prodigal son returned home to Cleveland, I refused to cheer for him and instead spent 3 years rooting for the Warriors in their Finals clashes. Then of course this past year seeing Cavs/Warriors IV turned me off to the sport as a whole…

Fun fact, anybody aged 25 or younger who says they remember watching any of Michael Jordan’s career highlights is totally full of shit. We know we were alive for it, we remember the hype and excitement, we watched Space Jam & Like Mike, and we clung to this idea of Jordan being this borderline mythical entity.

But something strange happened this Summer. In an argument with a fellow Lebron detractor, I defended him. Wholeheartedly and without question I spoke to his merit as a basketball player and a person. Then, feeling all too proud of myself, I walked away and was left to question when I had begun feeling differently about  Lebron.

I guess I’ve acknowledged his position as the best basketball player on the planet for quite some time; once Kobe Bryant finally felt the sting of aging there was little debate left to be had. His accolades are no joke, and a case could legitimately be made for him to have been awarded the league MVP in each of the last 10 seasons.

It was easy for me to take jabs at his character after the tasteless Decision, move to Miami, “What Should I Do” ad campaign, and non-stop complaining on the court. But the fact of the matter is, at every conceivable step along the way he’s risen above the noise to constantly better his community and play a major role in the lives of his children.

As a Lebron-hater I dreamed of the day he finally just accepted his role as villain and joined the Lakers. Had you told me just 5 years ago that it’d actually happen I would’ve been waiting all too eagerly to begin the ridicule. But for some reason the move to LA was handled in the most peaceful and professional manor possible. There was an acceptance that his journey in Cleveland had come to an end, and his hometown team could only thank their favorite son for fulfilling his championship promise to the city. Waiting for him in Hollywood wasn’t a ready-made championship contender, but rather a group of youngsters seeking his tutelage to eventually usurp him a top the NBA’s food chain. He essentially made the move to LA to be with his family, who had already relocated out West. This wasn’t Lebron James chasing championship glory, but rather him chasing happiness, and something about hating on a man for that just didn’t sit right with me.

And then came the I Promise School. The single greatest shot to the collective chests of the people (like myself) who called his character into question constantly. The hometown hero built what is probably one of the most technologically and educationally advanced institutions in the country, to serve the same under-privileged community that he came from. Given the same opportunity and financial freedom, we’ve seen many other people in the spotlight fail to even scratch the surface of what Lebron has done to positively impact the world.

So now before the world I can proclaim that 15 seasons in, I am in fact a fan of Lebron James. Maybe I’ll never be ready to give up the Michael Jordan illusion that I have. But I can genuinely admit that the things I’ve seen Lebron do, come dangerously close to the things that I’ve heard Jordan did.