My oh my, did this year’s Deadline absolutely shit on the stagnant offseason we were just forced to witness. We got to watch some of the strongest rosters get bolstered in something of a nuclear arms race. We saw perennial cellar-dwellers attempt to excavate opposing minor league systems. And we watched contenders-turned pretenders and try to sell off their big money men for a chance to rebuild.

So without further ado let’s dive in to who won the summer shopping extravaganza, who wet the bed, and what it all means on the march to October…

I don’t think anybody in their right mind could argue that the biggest winners in all of this hysteria were the boys in the bullpen. Over the past couple of decades we’ve seen an ideological shift in the way a pitching staff is valued and assembled. Gone are the days of the super-ace (the starters expected to go 8 or 9 innings every few days with absolute dominance) and a bullpen composed of a half-way decent closer and a few guys waiting to get a crack at the rotation. Now we see an era of ball clubs with solid rotation guys (expected to toss a good 5 or 6 frames) and then a series of lights-out arms that emerge from the pen to toss a perfect second half of the ballgame. 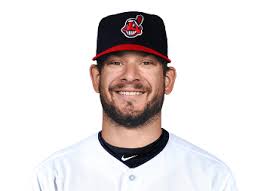 This shift in the pitching thought process has been exemplified in the past few weeks as we approached the July 31st deadline. Nearly every team in the hunt for October baseball were willing to do whatever it takes to bolster their rotation. Even the Yankees who have already amassed one of the greatest bullpen ensembles in recent memory managed to go out and nab yet another closing-caliber arm for late-relief.

Arguably the most telling move we saw over the course of July was the Cleveland Indians refusal to trade top catching prospect, Francisco Mejia, for Manny Machado. Only to then unload him to the San Diego Padres for Closer, Brad Hand.

Alright I know I just referenced him above as the guy that the Indians valued less than Brad Hand, but in all seriousness this man just walked into a dream situation. He was already having a career-year with the atrocious Orioles, presumably playing just to see his value skyrocket in impending free agency. Now though, the Shortstop is living it up in Hollywood as a part of one of the better hauls in recent Deadline memory (don’t worry we’ll get to that).

The Los Angeles Dodgers brought in Machado for a handful of prospects and he has hit the ground running since his arrival. His MVP-esque numbers haven’t tailed off in the slightest since his move to tinsel town and now he actually has something tangible to play for. This is a Dodgers team that’s fresh off a National League Pennant, with a thirst to take that next step as World Series Champs. Best case scenario for Manny, he rolls into the offseason with newfound individual & team success.

Speaking of the offseason, that’s where this move might’ve helped Machado the most. The Dodgers already have a pair of franchise cornerstones on the left side of the infield (the only reason Machado was brought into LA was because of Corey Seager’s season ending injury). So the odds of the Dodgers even offering Machado a deal at season’s end are slip at best. That means Machado has no strings attached to him anymore. He owes nothing to any franchise in terms of loyalty, and even if he signs with a pre-made winner like the Yankees or Indians, fans won’t be able to vilify him in the slightest.

You know that expression: The Rich Get Richer…well that was certainly the case this July in the Majors. You can run down any list of “Teams Who Won The Deadline” and I guarantee it’ll align perfectly with the divisional standings. The executives at the helm of the top franchises in baseball certainly proved their merit this summer.

We can start in the junior circuit. The AL East leading Red Sox just sured-up their middle-infield hole with the always good Ian Kinsler. Their bitter-rivals, the Yankees managed to make their own big splashes near the deadline. Somehow finding room to secure yet another Closer, while also reeling in a pair of mid-tier Starters that’ll instantly boost their abysmal rotation. The Indians bought themselves some bullpen help, and a huge defensive upgrade in Center. The Astros made a splash by making Closer Roberto Osuna their major addition (great baseball decision, terrible PR decision).

In the National League, the Phillies got their Shortstop upgrade. The Braves got a boost to their bullpen. The Cubs brought in a Starter. The Brewers beefed up their infield. The Diamondbacks traded for some Relievers. And the Dodgers added star power in spades for their infield.

You would think that the rise of the Bullpen era in baseball would simply mean that pitching as a whole would be valued much greater. But that proved not to be the case at all. Now this can be blamed in part on the supply for dominant rotation arms being limited by teams’ unwillingness to part ways with their aces despite being on the bottom-tier this season. Teams like the Mets and Tigers clung to their top rotation guys  despite not being in the playoff hunt this season.

You would assume that high-demand along with low-supply would lead to teams reaching and overpaying for starters on the Trade Block, but oddly enough that wasn’t the case either. With the exception of the Pittsburgh Pirates giving up way too much for Chris Archer, overall the market for starting pitchers didn’t yield a great return for the teams who were selling. Pitchers like JA Happ, Cole Hamels, Lance Lynn, & Kevin Gaussman were shipped to new locations for returns that were mediocre at best.

Don’t get me wrong, we’re bound to see another starter hit the market in the coming years who’ll command a great deal (either in the form of a contract or trade). But baseball’s shift in thinking leads me to believe we’re going to see a lot less of those 10 year – $300 Million deals & 6 prospect swaps in the near future.

Coming into the 2018 deadline, Harper had a similar but slightly deviated narrative as Manny Machado. The Nationals were far superior than the O’s but still a fringe playoff contender at best. Unlike Machado, Harper had done and said all of the right PR things about his commitment to the franchise who drafted him. Sure Machado might’ve been having a better statistical season, but Harper’s resume wreaks of individual success. But somehow these two ended up on two very different paths post-deadline, and Harper has to be deemed one of the biggest losers…

For starters, the Nationals admitted defeat and began to sell off their assets after coming to the realization that the Braves & Phillies were slowly pulling away with the East. So it appears that barring a drastic turn around, Harper will watch another opportunity at Postseason success slip away.

Beyond that though is where Harper truly gets screwed in all of this. Had Harper gotten traded to a contender like the Indians or Dodgers, he would’ve gotten a real opportunity to win and most likely a chance to re-up and contend for years to come. The Nats toyed with the idea of dealing their franchise center-piece only to pull back at the last second when no immediate offer wowed them. Then they re-committed to the Right Fielder by stating they were totally invested in him for the foreseeable future. All that does is entrap the Home Run Derby Champ, should he now choose to go elsewhere in free agency he becomes the man with no loyalty who turned his back on the team he came up with.

The other half of that whole “the rich get richer” quote is “the poor get poorer”. Boy was that ever true this month. Essentially the two exceptions to that rule were the San Diego Padres (Francisco Mejia is a future All-Star) and the Tampa Bay Rays (somehow managed to turn Chris Archer into a pair of once highly touted prospects, who still pack some serious upside even after losing a little luster).

Aside from the Rays, the rest of the returns that AL bottom-feeders got were nothing short of disappointing. The Orioles’ fire sale yielded a sizable quantity of prospects, but they failed to bring in nearly enough quality to match what they lost. The Blue Jays didn’t fare much better in the East. The Twins and Royals both did alright, and the Tigers are exempt because they didn’t do anything at all this deadline (that’s just bad for other reasons). The Rangers and Angels only shipped away a couple of players each, but for the vets they gave up it felt like the trigger got pulled prematurely without searching for better offers.

In the NL, things didn’t get much better. The Mets, Nationals and Marlins all truly did themselves a disservice by shopping too little too late. Each of those teams had players (of varying degrees) primed to swap for a haul of young talent, but what came across as indecisiveness about direction yielded minimal returns on just a handful of combined moves. The Reds apparently haven’t taken a scouting trip to Atlanta post-2015, otherwise they would’ve known that the Wisler-Sims duo is hardly worth Adam Duval’s bat that they gave up.